Graham Bamping has lived in Richmond for 22 years, and worships regularly at Holy Trinity Church, Richmond, one of the Foundation parishes of the school. He has worked in the investment management business for 39 years, both in London and elsewhere. Graham serves as a board member of a number of investment management companies and has more than 16 years experience in such oversight and governance roles. He holds an MA (honours) degree from the University of Cambridge, and believes strongly in the ability of education to foster social mobility and change lives. 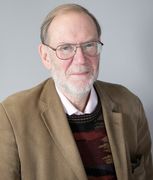 Peter Cregeen has lived in the area of Richmond for the last 50 years. He and his wife Carole have 4 children and 8 grandchildren. For most of his life he was a Television Producer and Director working in Drama across the BBC and ITV. For 5 years he was Head Of Drama Series at the BBC. In recent years he has taught at a number of Drama Schools and examined for Trinity in Drama and Speech. He is currently on the Boards of the Museum of Richmond, Arts Richmond, and on the Church Committee of St Mary Magdalene.

Cary Depel has lived in the Putney/Roehampton area since 2007. He has an undergraduate degree in Accounting and Finance, and graduate degrees in US law, UK law, Philosophy, and Comparative Religions. He is an English solicitor and American lawyer by background.  He has been a long-standing parishioner of St. Peter’s Ightham, where his children were baptised, and an occasional attendee of All Saints Putney Common. He is a co-founder and director/chairman of a stem cell-derived therapy business and a healthy bread business. He has worked in the City in Financial Services and Mining and has served as the Chairman of The Institute of Risk Management. He has also served as Chairman of the British Olympic Wrestling Association and the Scottish Olympic Wrestling Association.  He is an ardent fan of the Church of England segment of our state school system. 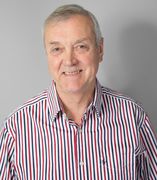 Hugh Dunlop is an experienced, semi-retired science teacher.  He has been a Director of science faculties in a wide range of state, private and international schools, and is now a private tutor in all sciences (up to A level) and mathematics. He is also a part-time science lecturer, and is both a Chartered Physicist and a Chartered Chemist. He has been a Director of a Senior Academy and a Chairman of Governors at a local school. As a Governor at Christ’s School, he has a special interest in science and mathematics education. He actively supports school events.

Dan Evans is a parent governor, currently with two children in the school and one at Holy Trinity primary. His career has been at the Department for Education in a variety of roles, including early years finance, special educational needs and more recently the school curriculum. He joined Christ's Board of Governors in November 2019, having been a governor at Windham Nursery School for 9 years, most recently as deputy chair, and as chair of the resources committee. 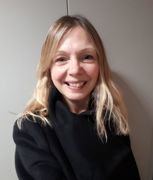 Jayne Griffiths came to Richmond as a student and has lived in Isleworth ever since. She is currently a Senior Leader at The Cardinal Wiseman Catholic School in Greenford and began teaching after a degree in English Literature and Drama followed by an MA in Film and Television Producing at The Royal Holloway and Bedford College. She attends St John the Baptist in Isleworth and has three children, one studying Medicine, the other at Christ’s and the youngest still at Primary. She is committed to supporting the school to provide the most outstanding opportunities for its pupils.

Katy Johnston was appointed a foundation governor in June 2019. Katy has lived in Richmond for over 10 years and attends Holy Trinity Church. She has a degree in Modern Languages from the University of Oxford and an MA in Systematic Theology from King's College London. She worked in publishing and investment banking, before retraining as a secondary school teacher after her daughter started school. Katy is a trustee of the Riverbank Trust, a local charity, and of the West London Deaf Children's Society. She believes in the importance of the best possible educational experience for children of all needs and backgrounds, and is delighted to be on the Governing Board of Christ's School.

Fay Johnstone was appointed a foundation governor in October 2018, representing the Richmond Team Ministry. She has lived in and around Richmond for most of her life, and attended school in the borough.  Fay has a BSc(Hons) degree in Psychology from The Open University, and is a Chartered Fellow of the Chartered Institute of Personnel & Development.  Fay is currently Head of HR at the Royal College of Anaesthetists, having spent over 25 years leading and managing HR functions in both the private and not-for-profit sectors, including in social research, social housing, further education, real estate and FM consultancy, travel and defence research.  Fay has worshipped and sung in the choir at St Mary Magdalene for over 40 years, and occasionally deputises for the Director of Music.  Fay has previously been a foundation governor at a junior/primary school in the borough. 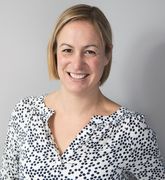 Caroline Pusey has been a Local Authority governor at Christ's since the summer of 2017. She has lived in Kew for over 10 years and her children, currently 8 and 6, attend a local primary school. She enjoys supporting her local community and has a strong commitment to seeking to ensure access to high quality education for all. Professionally she has degrees in International Relations from Birmingham and Aberystwyth and has worked for over 20 years in central government in a large variety of roles, the majority of which have been in the Ministry of Defence. She has worked in a job-share partnership for over 7 years and her current role is in the Department for Education where she leads work associated with the recruitment and retention of teachers.

The Revd Wilma Roest moved to Richmond in 2016 to be the new Team Rector of the Richmond Team Ministry and Vicar of St Mary Magdalene. An aspect of that role is to be governor at Christ’s School, which Wilma greatly enjoys. Wilma has a background in musicology (University of Utrecht) and education (teacher and teacher governor in various state primary school). She was ordained in 1999 and has since served in various Church of England parishes in South London. Wilma is passionate about the ethos of Christ’s School and its connections with the local community. In her free time Wilma enjoys travelling, snorkelling and underwater photography, and the occasional very slow run in Richmond Park. 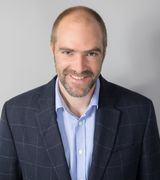 Peter Sharp entered teaching in 2004 having studied sciences at Cambridge and Imperial. He has taught science in a number of schools (state and private) and is currently Director of Teaching and Learning at Westminster School. He moved to Twickenham five years ago and he and his wife attend St Mary Magdalene Church in Richmond where he learnt about Christ’s School. He has particular interests in teaching & learning, the professional development of teachers and life-long learning.

Louise Stevenson was appointed as an Associate Governor in February 2021.  She relocated to SW London in November 2019. Louise has worked in the education sector for approaching 30 years, both as a primary teacher and an Educational Psychologist (EP), with a range of experience across mainstream, specialist, maintained and independent settings.  She has degrees in Theology and Education, and Psychology, alongside a Masters in Educational Psychology from the University of Birmingham.  Louise has particular interests in Special Educational Needs and Disabilities (SEND), Children Looked After (CLA) and the Able and Ambitious.  She attends Holy Trinity Church, Richmond, alongside her husband and teenage son.  Louise has served on governing bodies previously, both as a teacher and parent governor, and is looking forward to serving the local community and taking on a new challenge by joining the governing body at Christ's School. 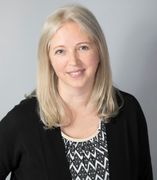 Rowan Woodward is a co-opted Governor with 1 child left at the school in the sixth form - 2 having previously graduated. She has been a governor at Christ's for 10 years and before that, was a governor for 8 years at her children's local primary school, Marshgate Primary. She has lived locally in Richmond for over 20 years. Her professional background includes a degree in Production Engineering and Management from Loughborough University and a career in computer programming and business systems implementation at one of the top 10 consulting firms. She currently runs a local bookkeeping business. She is passionate about education and strongly believes in supporting her local community.