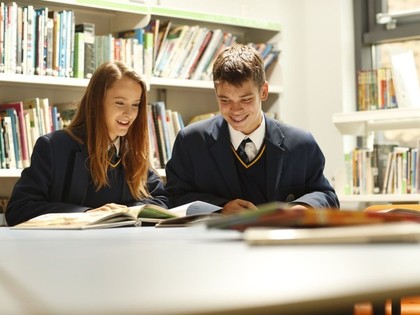 The aim of the History department at Christ’s is to stimulate a curiosity about the lives of people living in the past. By learning about those who have shaped our local, national and international communities students will develop a sense of their own identity within the world in which they live. This helps to place value on their own and other people’s cultures in modern multicultural Britain. An understanding of the past helps to bring greater understanding of the present; through which students can form their own opinions about the world in which they live, using the mistakes of the past to guide them. We also teach them to investigate these past events and, by so doing, to develop the skills of enquiry, analysis, evaluation, interpretation and problem solving. In order to communicate their ideas, students will learn to write clearly and analytically.

History is an exciting and enjoyable subject to study at Christ’s. Lesson are varied; many are enquiry based to allow students to explore historical evidence for themselves. Other lessons may use media or games to help all ability levels to learn about the past. From Year 7, historical skills are developed for those who want to study History at GCSE, A-level and beyond.

At Key Stage 3 History students gain both a breadth and depth of knowledge of Britain from 1066 to the present day. In Year 7 students study the Norman Conquest, followed by life in England during the medieval period. At the end of Year 7 we will study a short unit on the War of the Roses, including an enquiry into the Princes in the Tower. In Year 8 students begin with a study of the Tudors, followed by an examination of the rise and fall of British Empire, including a study of slavery and the development of multicultural Britain. The year ends with a unit on the Industrial Revolution, picking up themes addressed in the Empire unit. In Year 9 students study the causes and events of both World Wars. During this year there is also detailed examination of the Holocaust. Across the three years students learn skills such as source analysis and evaluation, historical interpretations, and essay writing, all of which are developed further at Key Stage 4.

To find out more about homework requirements, please visit the Homework section of this website.

Migration through Time c800 - present: This unit focuses on one theme over time, examining change and continuity across 1200 years. This is complemented by a historic environment unit: Notting Hill c1948 - 1970, which will examine the impact of migration into Notting Hill during this period, and its impact on British culture.

Early Elizabethan England 1558 – 1588: In this unit students study the early years of Elizabeth’s reign, from her ascension to the throne in 1558 through to the Spanish Armada in 1588. It covers the political, social and economic issues that Elizabeth faced domestically, as well as the international opportunities and challenges brought by the exploration of the New World.

The Cold War 1941 to 1991: This unit covers the rise of tensions between the superpowers after World War Two, the development of nuclear weapons and the arms race during the 1950s and 1960s, Détente in the 1970s, and ultimately the collapse of communism in the USSR in 1991.

The USA, 1954 – 75, Conflict at Home and Abroad: This unit is divided into two topics – Race Relations and the Vietnam War. In the Race Relations unit students study the changing relationship between races in the USA. The unit begins with the landmark Brown vs. Board of Education ruling in 1954, through the struggles of the 1960s and the role of Martin Luther King, ending with an examination of the progress made by the mid-1970s. The Vietnam war unit covers the gradual involvement of the USA in Vietnam during the 1950s, full scale conflict in the 1960s, and the Vietnamisation process in the 1970s.

To find out more about homework requirements, please visit the Homework section of this website.

Students will be set a weekly essay, or preparation for an assessment. In addition, they will also be set reading or note-taking where appropriate.

The History department organises a number of trips across the school including:

Lecture Day on either Russia or China.

The study of History can open doors to a number of exciting career paths. Many politicians, journalists and lawyers studied History at university. History is as a ‘facilitating’ subject and is highly regarded by universities. This is because History develops a number of academic skills that can be applied to a variety of degrees and careers and is therefore an excellent A-level choice.

BBC Bitesize is a fantastic resource for KS3 and KS4 pupils. It has lots of quizzes and short videos to help students revise for assessments.