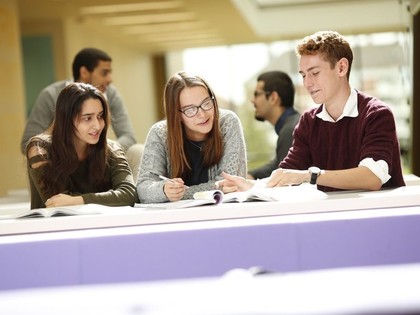 Politics at Christ's is offered as an A-Level. It is the logical next step for students who have excelled at Citizenship GCSE, but is broadly chosen by students who enjoy humanities, English, current affairs.

We study the Edexcel A-level Politics course which provides students with an understanding of UK government and politics in the first year and global politics in the second, whilst also studying core political ideologies.

It is the course of choice for students who have an interest in political events, debates and current affairs in the UK, EU, USA and internationally.

In Year 12 students are introduced to the political system in Britain. This includes theories of democracy, types of political participation and understanding of elections and different voting systems. We also examine and evaluate the roles, policies and methods of political organisations and political parties.

The course includes evaluation and debate of the effectiveness of political institutions such as Parliament, the PM, the House of Lords, Cabinet and the judiciary and analyses the state of human rights and civil liberties in the UK. Students will also study voting behaviour in different elections and depth studies of the circumstances and events of 3 different General Elections.

Students learn about the three core political ideologies of Conservatism, Liberalism and Socialism, and analyse the different traditions and competing viewpoints within each one.

In the A2 year students are introduced to theories of international relations/global politics and explore themes such as globalisation, human rights, the environment, changes in global power. We also critically analyse the roles and importance of international organisations such as the UN, the EU, G-8/20, NATO, the IMF, World Bank and the WTO.

We do not sit the AS Level.

There are 3 A-Level Politics exams, each paper is 2 hours long, worth 84 marks, and contains a mixture of source based and non-source based essays.

Government in the UK

Political participation in the UK

Homework is set via the google classroom and will involve 3 pieces per week, with a mixture of research, pre-reading, evaluations, and essay planning.

We invite a range of guest speakers into the school; students have the opportunity to meet with the local MP following a tour of Parliament and the Supreme Court; and we frequently invite guest speakers into school and take part in debates and forums organised by local sixth forms.

Government and Politics is a good facilitating course that would suit students considering higher education courses in a wide range of humanities and social sciences, including:

80% of leavers who took Politics A-Level over the past two years have chosen to study Politics, combined Politics honours, or Politics and International Relations at University

2019 will be the first sitting of the reformed linear Politics A-Level. Specification information and sample papers can be found at: