Christ's origins date back to 1658 when John Bentley made a bid to found a free charity school. Bentley was a local business man and justice of the peace and he offered to build a school at his own expense.

The school however was not formally established until 25th May 1713, when a number of well-intentioned citizens of Richmond, headed by Queen Anne, agreed to subscribe towards "The setting up of a Charity School in the Parish of Richmond, for teaching poor children to read, and instructing them in the knowledge and practice of Christian religion as professed and taught in the Church of England." Queen Anne's subscription was a princely £30.00.

The original school was situated at the corner of George Street and Brewer's Lane in a building that had formerly been the Old Lily Pot Inn. The school was attached to the local parish church of St Mary Magdalene, but was informally known as a Bluecoat school, as the pupils were then provided with blue gowns – a tradition carried on with today's blue blazers.

In 1854 the school moved to a bigger building at the junction of Eton Street and Paradise Road, but a century later this was considered too small and ill equipped by the standards of the 1944 Education Act and so the school moved to new buildings on the east side of Queen's Road in 1960 and was known as St Mary Magdalene Church of England School.

For a short time, the school had links with St Edward the Confessor RC School which had opened in 1954 and was situated on the west side of Queens Road (now the site of Marshgate Primary School). The two schools ran a joint sixth form during the late 1960s but this proved to be a short lived experiment, although the governors of both schools considered a merger at the end of 1976.

In 1997, by mutual agreement, the Roman Catholic Church withdrew from the management arrangement and Christ's School was established on 1st September 1998 and returned to the original foundation, that of a Church of England Secondary School.

The school was re-launched on one site (the old East side) for the September intake 2000. The old building was considerably refurbished and expanded with purpose built art and textile rooms and a new technical block, housing science laboratories, design and technology workshops and food technology room, as well as a full size sports hall.

A state of the art music block was opened by Sir Tim Rice in 2004.

The school logo consists of the superimposed Greek letters Chi X; and Rho P, which are the first two letters of Christ in Greek. This logo in gold distinguishes the blue blazers worn by the 750 students who attend Christ's School today. 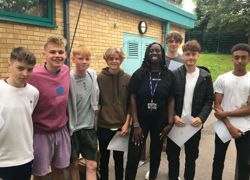 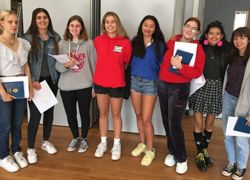 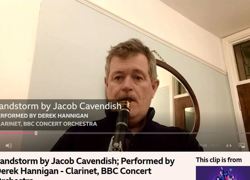 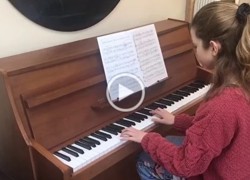